We are sorry but your browser is not supported by this website. For security reasons, the payment of your purchases is not possible. We suggest you change browsers to improve the purchase process.

You may experience problems when displaying the seat map with your current browser; please use another browser.

This element can"t use with screen readers

Please select the number of tickets you wish to purchase.

Please enter your member card number(s) in the empty field(s).

Unable to complete request: the purchase of this product is restricted to advantage holders. 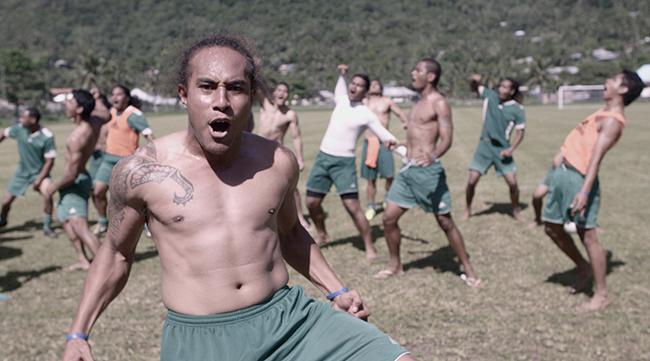 Football Cinema at the FIFA Museum presents the story of American Samoa, the worst team in the world and their dream of the World Cup. But that takes more than just an experienced coach from abroad.

In 2001 American Samoa suffered a world record 31-0 defeat to Australia. A decade after that humiliating night, they remain at the bottom of FIFA’s world rankings, having scored only twice in seventeen years. The team now face the daunting prospect of qualifying for the 2014 World Cup in Brazil. It would take a miracle-maker or a madman to turn the team’s fortunes around – and in maverick Dutch coach Thomas Rongen the islanders somehow find both.

From 13 September, the Covid certificate is mandatory (from 16 years of age)

Your cart is empty.

We accept all major payment methods and guarantee a secure transaction. Our preferred partner is VISA.

Your session will expire in seconds

Unfortunately your session has expired. Please reload the page to continue.

Your shopping cart has expired. Your order has been cancelled.

There are many customer currently visiting our website. In order to ensure everyone can access the website, we limit the time allowed to finish your order. Thank you for your understanding.

You have to complete your order.

The time allowed for placing orders has elapsed. Because our website is currently very busy, you will be redirected to the waiting room. If the wait time is not too long,your current cart will be preserved. Thank you for your understanding.

Your request is being processed.

Please wait...
Unfortunately, we are unable to process your request at the moment. We apologize for the inconvenience. Please try again later.
Please use Acrobat Reader to print the ticket.
Yes

Unfortunately, we are unable to process your request at the moment. We apologize for the inconvenience. Please try again later or refresh the page.

Unfortunately, we are unable to process your request at the moment. We apologize for the inconvenience. Please try again later.

Your session has expired because of inactivity. We apologise for the inconvenience.

Your session has expired because of inactivity so your ticket could not be generated. Please reload the page and log in again.

You may only modify your order from one tab or window at a time.

The maximal number of tickets for this order has been exceeded.

Your requests are not valid. Please edit the number of tickets you wish to purchase.

Unfortunately, you cannot distribute this file because the limit has been reached. Please edit your quota distribution in order to continue.

Configuration for quota distribution is not correct. Please check with your administrator.

You did not submit any tickets for this order. Please confirm that you want to cancel the order?

Cancel OK
We are sorry but your browser is not supported by printing tickets. Please try again after changing browser.